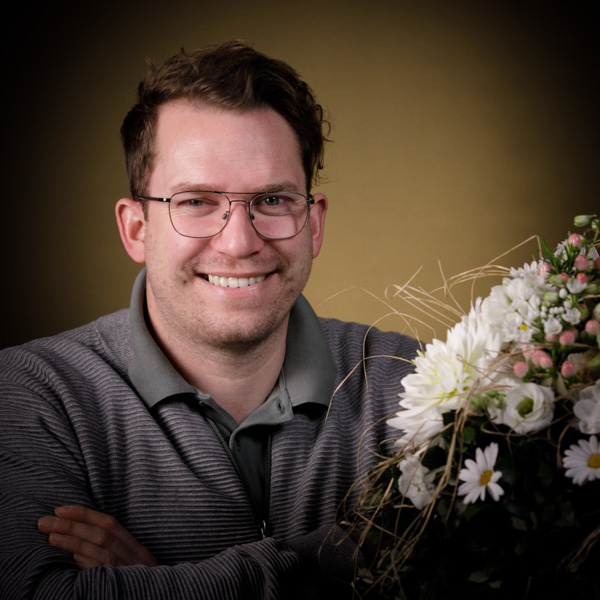 From branches and blooms My suitcase got lost

I started my career with an apprenticeship as gardener and continued to an education as a florist.

After my practice-years in different stores in and outside of Austria, I got self-employed with "Floristik Obendrauf" in Graz.
Beside my stores, it gives me great joy to do various shows and seminars. I also occasionally take part in competitions.

I am fascinated by the beauty of nature: flowers, plants and fruits. My greatest passion is to turn this wonderful splendour into floristic works of art. This craft allows me to spotlight the beauty and diversity of nature by means of the interaction of colour and form.

I am fascinated by the beauty of nature: flowers, plants, fruits; my greatest passion is to turn this wonderful splendor into floristic works of art.

since 2005 self-employed, running 3 florist-shops in Styria, Austria
2008 master craftsman examination in lnnsbruck, Austria
since 2005 decoration of the New Year's Concerts in Vienna, Austria
since 2008 shows and seminars for different companies and exhibitions in Europe
2008-2011 member of FDF-Trendteam
2010 winner of the Alpe Adria Cup in Graz, Austria
since 2010 lector of school of floristry "Zusammen wachsen"
2010 lst place: Cup Austria (Austrian Champion) in Graz, Austria
2011 competitor at European Championship in Havirov,Czech Republic
since 2011 leader of the trend lectures of the "Blumenbüro Austria"
since 2011 trainer and judge for WorldSkills competitions
since 2012 ambassador of OASIS
2013 creation and publication of the book "Brautstrauss" (bridal bouquet") with two other florists
since 2014 member of "Fleurop's Young Wild Guns",Germany
2015 competitor at Fleurop-lnterflora World Cup in Berlín, Germany
since 2015 master of the Styrian Guild of Florists and Gardener