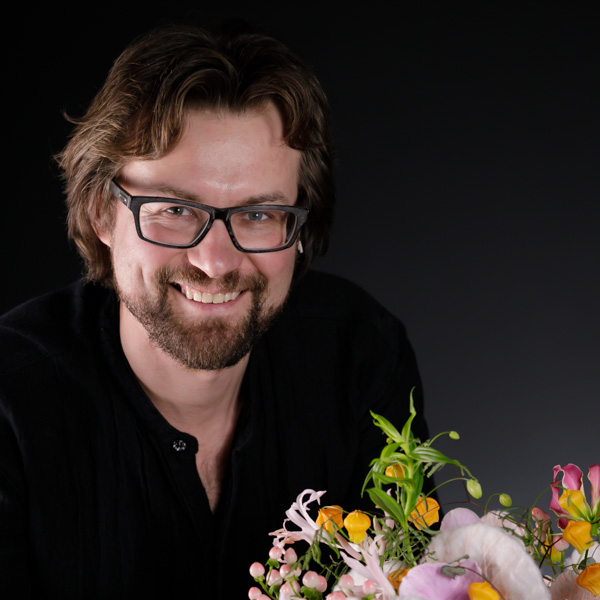 The world through a mirror The beginning of spring Roman Shtengauer graduated in pedagogy at university. He then became a biology and ecology teacher. After university, he studied botany at the Russian Academy of Sciences at the University of Siberia. Following graduation, he began to train as a florist. At first, he worked in a large flower shop as an assistant to the florist. He also started to go to seminars and florist master classes. It was then that Roman begun participating in floral competitions. In 2010, he graduated at the Nicole School of Floristry in Moscow.

Fifteen years later, he became artistic director at a florist’s.

He currently dedicates himself to teaching at different schools in Russia, Italy, Spain, China and other countries. He participates in demonstrations, shows and exhibitions in various countries around the world. Roman has taken part in many international artistic projects in Russia, Lithuania, Spain, Italy, Switzerland and Canada.

His designs have been published in such magazines as Flowers (Russia), Fleur creative (Belgium), Clip (Spain) amongst others. He has appeared in the books Floral Art (Belgium) and Blooms (Germany) as well.

As of 2019, Roman Shtengauer is one of the Master Florists that form part of the FLOOS project.