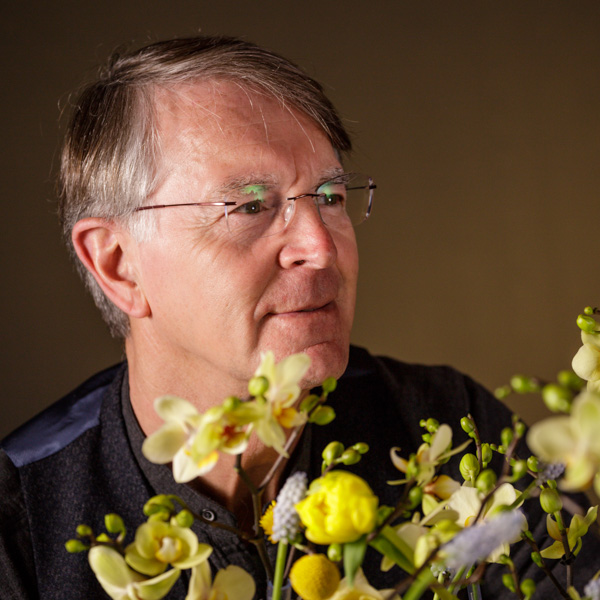 Rudy Casati comes from a family linked to the cultivation of flowers and plants and who has its own florist’s.

He finished his Agricultural Technician studies in 1979 and trained as a biologist until 1986.

During 1999 and 2000, he trained at the Federfiori floral art school and graduated as a 'Federfiori European Florist'. He has continued training internationally until today with recognised masters such as Wim Hazelaar, Tor Gundersen, Ben Zion Gil, O. Sloltz, Gregor Lersch and Mario Sortino.

He has also worked as Art Director at the:

He currently runs his own family business and realises training and demonstrations around the world.

Since 2018, he has been one of the 'Master Florist' that is part of the FLOOS Project and one of the designers who published his designs in the book The Crafter's Secret. Vol 04 (2019)

He has been described as the "Wood Elf” for his ability to combine colour, shape and visual lightness in his pieces, which are delicate and indicative of the person, situation and environment.

It is exactly this quality which is Rudy’s true secret as a floral designer. He successfully offers the client the best combination of all the elements, shape, colour and size, which go to make up both simple floral compositions and those on a grander scale, for every situation.