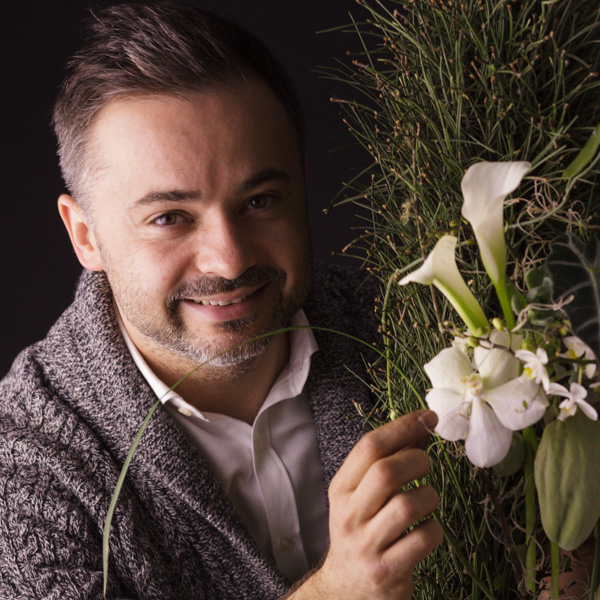 Nicu Bocancea was born in 1977.
“The House of IRIS Flower Shops” was founded by Nicu Bocancea’s father, Adrian Avramita, in 1970, as a family business. Passionate and in love with flowers, the founders Lidia and Adrian Avramita and their two sons have shared this happiness with the world, by creating a way of life. “IRIS” as a brand appeared 20 years later, in 1990. The parents are now very content, seeing their two sons, Nicu and Cosmin, combining the artistic and commercial purpose of their work with international recognition.

More than 100 beautiful and talented people work now for IRIS, in 11 shops in Bucharest, one flower workshop and in the online shop platform.

As a person driven by his passion for floral design, Nicu Bocancea completed his story by perfecting his art with the most prestigious florists in the world. His efforts are attested by achieving first place at numerous floristic competitions.

Since 2016, Nicu is part of the project FLOOS an he's one of the floral designers that publishes his work in the book Floos, a Crafter's Secret Vol 02 (2017)

Nicu loves to create emotions with his work; his life philosophy and motto is: “Make Something from Nothing”.

Their incredible story is the finest example that you can only be successful if you rely on your soul, your intuition and your faith.