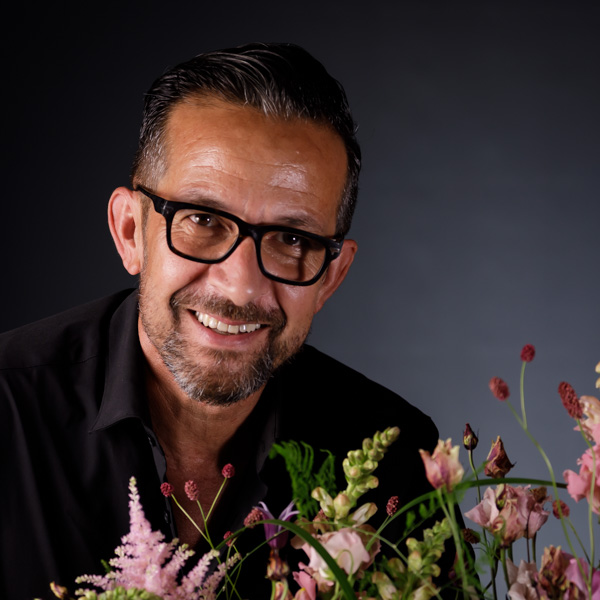 Hanging in your hands A multidisciplinary artist from Tenerife who has had links with the world of flowers since he was very young. He has worked at Guía de Isora council (Tenerife) since 1991 as a designer, set designer and florist. In particular, since 2009 he has been the director of the 'Pascua Florida de Guía de Isora', a unique event in which floral art and contemporary art unite.

A look around, observe the colour and listen to the silence. Nature as an element of inspiration and creativity as a tool for emotion

• 2019. National Prize PRENAMO 2019 at the Professional Excellence in Floral Art and Styling (Madrid)

The floral project at the individual level has played a major role internationally in his career, with him having participated in the parade at Moda Floral under the title ‘Piel y texturas’ (‘Skin and textures’), which opened the 10th Edition of the International Young Designers Competition, as well as Tenerife Fashion Week in Santa Cruz de Tenerife, 2018.

In October 2020, he participated in the promotion of Tenerife Volcanic Fashion, with a collection of floral art, entitled Tenerife Moda Orgánica, designed for the occasion.