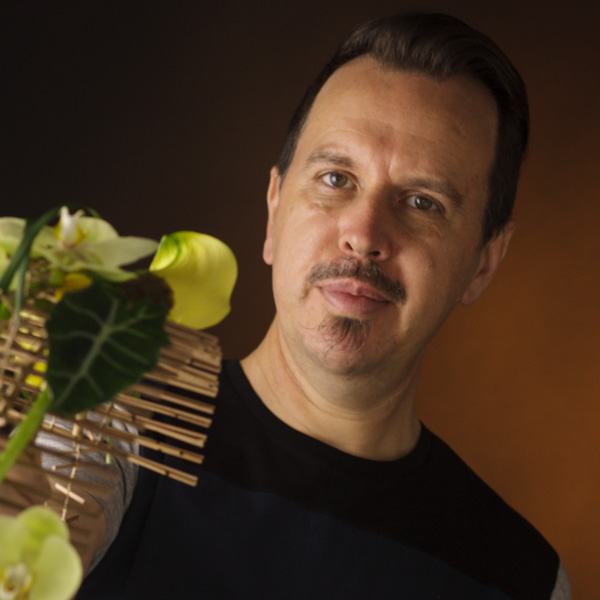 Mark’s interest in floral material and craftsmanship originated in his home town of Toowoomba, long known as Australia’s Garden City and famous for its annual Carnival of Flowers. He began introductory floral art and floristry education there, studies that led to a continuing thirst to expand his knowledge and skills in floral design – a passion that seems to know no end.

Mark has been awarded Australia’s top floristry prize, the Interflora ‘Australia Cup’, on multiple occasions, and has been highly placed in a number of international competitions and exhibitions,including a 3rd placing at the Interflora World Cup in 2004 when he represented Australia.

Education, business and advisory roles make up Mark’s extensive resume. He is co-owner of Alstonville Florist in northern New South Wales, a TAFE teacher, demonstrator, accredited floristry Judge and industry consultant – roles that have required his presence all around Australia and most recently to Singapore, Germany, Belgium, Scotland, England, Taiwan and China.

Mark is also a regular contributor to international floral design publications, most notably to the pages of Fusion Flowers Magazine.

Since 2016 Mark is one of the 'Master Florist' that is part of the FLOOS project and his designs have been published in The Crafter's Secret Vol.02 (2017)

Examining a floral design by Mark Pampling is often a chance to experience crisp lines and exacting technique. He has become known for his structural approach to designing – a technical approach that leaves ample room to respect plant material and elevate its inherent beauty.